There's nothing more over than. . . 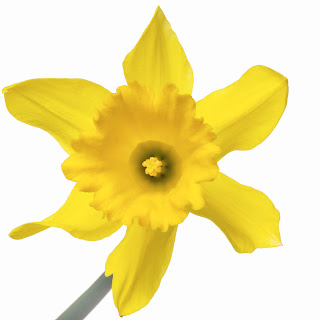 "There's nothing more over than Christmas."
Naomi Elmendorf Johnsone
My mother, the above referenced Naomi Johnsone, said this every year shortly after Christmas. If we heard it once, we heard it a dozen times each year. By the early part of January, she usually managed to find a florist selling daffodils, and a small, thin vase holding five or six of the bright yellow flowers would appear our the dining room. I realize now this was no small feat--those were the days before flowers were flown from all over the world to be sold at supermarkets. That was before supermarkets.

Even though Hubby and I had a lovely Christmas, my mother's words return to haunt me this, and every, year. All the adorable items I so lovingly placed on sideboards, coffee table and bookcases, as I anticipated the holy day, don't look quite so adorable after Christmas. The music boxes, special red candles, Santa and St. Nicholas images, creches, the cookie jar, angels, two artificial wreaths, potholders, towels, throw rug, bells, mobiles . . .all of them need dusting and look tired. Finished for the year. Ready to retire to storage boxes. Maybe that's why people go to their apartments in Palm Springs and condos in Florida after Christmas. Maybe they're tired and ready to go into storage for a little while, too.
We'll leave it* all up until January 1, but I'm ready to bring on the daffodils. And go to Palm Springs.
(*it, in this case, is a dangling antecedant referring to Christmas crap, an affectionate term coined by a long-time deceased friend, Patsy O'Brian, meaning, "That which was cute before Christmas but has become burdensome after.")
at 5:10 PM

Wise and perceptive woman, your mother.
My father's observation, which comes to mind each year, was "Christmas comes but once a year, and then it's too damn soon."
My Xmas letter lies in scattered sentences in my massive procrastination file.