I wish underpants could earn frequent flyer miles, because I’d have an extra few thousand miles if they could. Here’s how it happened.
Recently, our five-year-old granddaughter and her papa were visiting Hubby and me. Their home is seven-ish hours from us by car. They’d packed the way we all do when taking a road trip—in bags and boxes, coolers, toy-bag, shoes, loose stuff and bad-weather gear laid out over the top of everything else. After a short stay in Bothell, they were heading off to the on an airplane for a short visit with his brother/sister-in-law/nieces or her uncle/aunt/cousins, depending on which one you talked to.
The day before the flight, I’d dragged up a big suitcase from Hubby's and my luggage larder, so our son would not have to pay the airline's baggage fee for more than one suitcase. My son easily fit into it everything needed by two people for four days: clothing and shoes, gifts for the neice-cousins, and a large number of stuffed animals. It was plenty big and completely ready, except for toothbrushes and P.J.s, which would be deposited in the next morning.
At the crack of dawn the next morning, my son zipped the bag shut. “Oops! The zipper just broke,” was the remarkably restrained comment emitting from his mouth. Only ten minutes remained before needing to depart for the airport, and there were still some essentials to accomplished before we could leave.
I lept into action. I didn’t know I still had it in me—barking instructions for retrieving the next biggest suitcase from the storage shelf in the basement, then repacking and folding as fast as I could, so they would not miss their plane. It was going to be a tight fit, but I was sure I could do it. As the clock ticked, I narrated where I was putting stuff. “Look, the girls’ gifts are in this outside zipper pocket,” I said--fearing he might never think to open the outside pocket. Whew! We made it. Without so much as a @#$%^ , the bag was closed, the passengers settled in the car, the driver ready to go.
Four days later, we retrieved them from the airport. After the hugs and exclamations, my son asked, “Did you know your suitcase had a zipper-section full of underwear?”
“No!”
‘Yes! I opened the zippered pocket where you said you’d put the gifts for the girls, and there was this plastic bag stuffed with underwear.”

A few weeks earlier I had wondered why I seemed to be running out of undies between wash machine loads. No wonder! I’d traveled two months earlier—and apparently never finished unpacking. That plastic bag full of underwear was none other than my dirty-clothes leftover from my trip to North Carolina.
So there you have it. The case of the flying underwear, the soaring skivvies.
at 4:58 PM No comments: 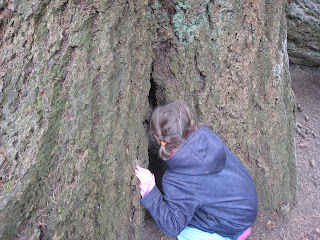 The subject of getting married came up in a recent conversation with a certain five-year-old who--for the purposes of this post--will remain nameless.

"I might get married when I grow up," she said.

"Really? That's a possibility," I said, "but you don't have to, you know. Maybe you'll decide you don't want to marry."

"Oh, I know. But if I do get married, I'm going to marry either Jordan (age six) or Amelia (age eight)."

Thirty years ago, I would have reacted differently. With alarm, probably. I would have immediately begun a treatise on how you can't marry someone of the same sex. Instead, in 2011, I felt proud and hopeful. Proud that she could imagine such freedom, and proud that I would have no problem if she were to choose Amelia over Jordan. Hopeful that the choice would truly be hers by the time she's ready for such a decision.
at 7:36 PM 1 comment: 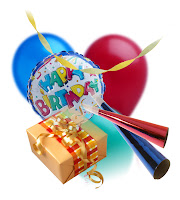 "Mae-ma, I need to tell you something.”
My four-soon-to-be-five-year-old granddaughter is talking to me as we travel to the neighborhood toy store.
We have dreamed up this field trip so she can point out items she likes. Our expedition is not dissimilar to what engaged couples do when they show up at Target or Macy's to select items for their wedding gift registries. Mae and I will walk through the toy store, and she'll show me what she likes. I’ll make mental notes for a return trip to the store—solo. That way, when her birthday comes in five days, she'll be surprised about my gift because she won't know which item I'm going to select.
Her voice continues from the backseat of the car. “It’s about my birthday. You need to know something . . . I don’t mind if you give me more than one present.”
“Really? You mean it would be OK if I bought you two or three—or even six gifts?”
“Even twenty would be OK. I like a lot of presents. Just so you know.”
“Ah, Mae,” I said aloud. “Here is yet another thing we have in common. I also am willing to accept any number of gifts . . . at any time.”
“Me, too. Even a hundred.”
at 3:29 PM No comments: