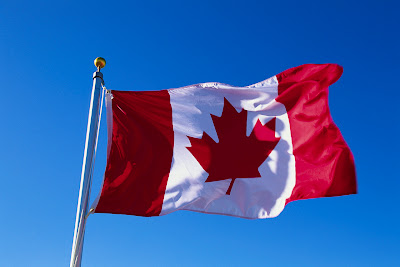 As of today, I am the proud parent of a naturalized Canadian son! Although promising allegiance to the Queen of England felt a bit odd to him (his words), he now stands in solidairity with his wife and child. How nice that Canada is receptive to the idea of a citizen of the USA wanting to salute the same flag as his Canadian spouse.
Granted, my son needed to live as a permanent resident (green card equivilent) for a specified number of years before applying for naturalization. And he had to wait a while to be scheduled for the citizenship exam . . . but all the requirements were reasonable and did not break the bank of his family, as he waited for the correct time lapses.

Don't get me started on how different the USA's naturalization process is . . . how expensive and unreasonable and ultimately futile for some applicants to prove to Immigration they're worthy of citizenship, despite being married to US citizens and/or parents of US citizens. Don't get me started, either, on the undocumented workers in our country who perform work citizens won't stoop to do, but who are given no reasonable way to become contributing citizens. 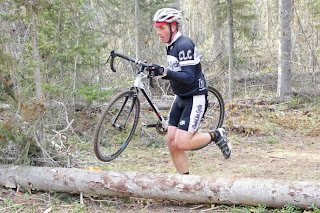 I am sure my son will do his new country proud--even though he probably isn't going to take up hockey any time soon. That mountain biking and cyclo-cross is plenty enough Canadian fun, eh?
at 7:54 PM