Ambassador of good will 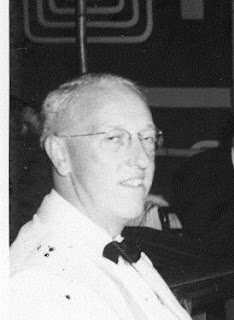 I didn’t intend to carry on so about my dad’s letters. They’ve been a lot of fun for me, but I suspect my reader is tiring of them. So this will be the last post on the topic.
If you haven’t read earlier blogs,  you only need to know that recently I have heard several dozen letters dictated by my dad, who was traveling overseas on business, and mailed to his family in Seattle in 1960. It’s been a lot of fun to reflect on how much has changed for the traveler since then
Flying was easier in those days (even though it took longer). Although he had to cart heavier luggage (and more of it) than we do today, his airline flights were usually pleasant—frequently he commented on the airline attendants who catered to his needs and made sure he was comfortable. His letters recount anecdotes about visiting the cockpit to talk with the pilot and engaging flight attendants in serious discussions about the cultures of the countries he was visiting. Getting through the airport was child’s play compared with today. And when he landed, he was usually met by a business associate who escorted him through immigration and customs. A car and driver waiting at the front door of the airport was standard procedure.
Self-care was minimal for the business traveler in 1960. His business consisted of meetings, arranging for lunches and occasional dinners with the men (yup, 100 percent men) he was doing business with, then writing reports and follow-up notes. He didn’t own quick-dry polyester underwear (it hadn’t been invented yet) to rinse out in his sink at night or need to locate a treadmill (no one did that in the early ‘60s!) for his daily workout. His exercise consisted of walking through scenic gardens, historic sites, ancient ruins, or jammed urban areas where he sought out art galleries and small shops.
Utilizing available services helped a lot. Members of his hotel staff—no matter what country—were always available to dry and press his suit after he was caught in a rain shower, polish his shoes, or sew on buttons that popped off his shirts. He frequently ate dinner at the hotel because it was easy, and almost always ate breakfast in his room. He enjoyed being fussed over by people eager to please him—and likewise spent a huge amount of time learning about the people and the country he was in. Wherever he went, he was greeted warmly and—not infrequently—revered because he was a Westerner.
Courtesy goes a long way. My dad was a true gentlemen. He would never have occurred to him to yell at someone who couldn’t understand him, or snap at someone struggling to perform a service. He encountered many people in the course of a day—whether at home or abroad—who were not as fortunate as he. He never presumed entitlement to any special treatment. One of the few times I remember him becoming angry with me was a day my sister and I were ridiculing some men who were doing yard work at our home. That lesson was a powerful one for me—a thirteen-year-old—and never forgotten. Privilege does not make one person better than another!
Armed with that attitude, he was a wonderful ambassador of good will for the U.S.A. I have understood this for years, but hearing the letters again (as well as reading dozens of handwritten letters sent between 1959 and 1963) has added substance to my understanding.
at 4:07 PM