I don't want to be one of those old women who continues to believe she looks just like she did twenty years earlier. Although I haven't had my blog for twenty years (nor has anyone), I am aging visibly and I would like  to update the photo at the top of the the green-colored title column. I have been stumped, thus far, by my blog host's "improved easy-to-use design" of  its management technology.

After spending much too long trying to achieve this simple goal, I decided to just post a recent picture, so you won't think I am delusional about my appearance. It is a self-portrait, taken with my own camera as I stood  in front of a mirror.

At least I can't be accused of encouraging anyone to think I look like I'm not aging.

And that brings me to yet another reflection, which I think I've expounded on in this blog forum before--those pictures that appear in the Sunday obituaries. My pet peeve--the one where the deceased who is eighty years old who looks like a recent high school graduate. I am not sixteen any longer. And judging from this vintage 1956 photo, thank goodness!
at 1:47 PM No comments: 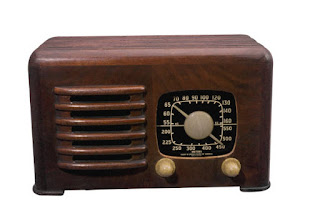 As I listened to NPR this morning in the car, I heard a retronym! If you don't know about retronyms, you can read my blog from last April 1 (not an April Fool's joke) to learn more. But here's the one I heard this morning: "legacy media."

I knew immediately what it meant, even if it hadn't been followed by its counterpart, "new media." Back in the old days (I intentionally left "good" off that phrase), when we said "media" we primarily were referring to newspapers, radio, and television. Not anymore. Now we have to differentiate those forms of media from the new media of Facebook, Twitter, texting, etc.

Now I'm wondering how long it will be before that word, media, becomes a singular noun, and especially wonder when I hear people employed by the media saying, "What's the legacy media have to say about that?" . . .  but that's another blog waiting to be written.
at 2:02 PM No comments:

Legacy of Angels and Bears

In late November, the man next door invited neighbors in to select items from his late wife’s collection of assorted ornaments and decorative seasonal items. Dick, my neighbor, was in the process of what can be an agonizing examination of those packed away treasures that bring back memories of happier times.  Instead of just hauling them off to a thrift store, he spread them all out in his living and dining rooms as giveaways in what resembled a high-end Christmas boutique. I chose several angels and several bears—both categories of ornaments purposefully acquired for Glerum Christmas trees, and a little seasonal guest towel in the ‘exactly right’ color scheme of my guest lavatory.

﻿﻿﻿
I never knew Susan, the original acquirer of these treasures, because she died shortly before we moved to our current home. However, I found myself thinking of her with gratitude as I hung my “new” ornaments and set out the towel. What a lovely idea Dick had—to pass along the small treasures of a life, that they may continue to be enjoyed by people who, at least, know the name of their original owner. I feel like an honorary, peripheral friend of Susan’s.
at 12:47 PM 1 comment: