Recognizing greatness without an expert's opinion 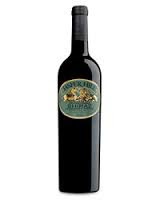 The question of recognizing quality—whether it be discerned through taste buds, ears, or eyes is always an interesting topic. Yesterday I had reason to think about a radio interview I heard not long ago on NPR about a PhD researcher who studied how people perceive wines in blind taste tests. Although I am remembering only the main conclusions, they were—in a nutshell—both surprising and (from a cynic’s point of view) predictable. When stripped of its label, connoisseur descriptive, and price tag, an expensive wine more often than not ranks lower than one from the same grape but priced affordably and packaged inexpensively. 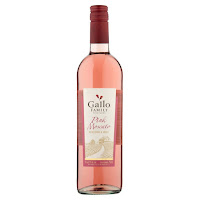 I’m not talking of comparing a $12 wine to a $15 one, either. I’m talking a $12 wine compared to one in the neighborhood of $60 to $100 per bottle. The radio interviewer found the research wonderfully ironic, but concluded that it didn’t much matter—if people loved the tasting and describing and uncorking and sniffing and rolling around  the wine in their mouths—who cares, basically. It’s the fun of the ‘knowing,’ the fun of the snob appeal that can, in and of itself, create quality. It’s not that different with music, or art, or anything that involves the senses and a subjective response.

A number of years ago, violinist Joshua Bell played at the entrance to busy metro station in Washington DC. He posed as an ordinary busker, with his violin case open for donations.  I read about it when it happened—the results were surprising, but also predictable. Unrecognized by anyone except one woman, train catchers rushed by him, most without pausing or acknowledging his superior musical talent or his Stradivarius instrument. Just another component of a busy commute. The initial reports mentioned that a ticket to hear Bell in a concert could be upwards of $100, but apparently had little value when unannounced and free. Donations in his violin case amounted to just over $30 in an hour-and-a-half. 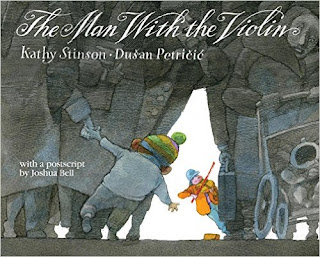 The purpose of this post isn’t to debate the question of perceived quality, but to share my discovery of a wonderful children’s book—but there is a Joshua Bell connection. Yesterday I was at our symphony hall to hear Bell—a musician I admire as much for his crossover mastery as his golden tones. I’d seen him play with Edgar Meyer a number of years ago, and was eager to catch his performance of  Tchaikovsky’s Violin Concerto. I had no idea this particular book existed until yesterday when I browsed the Seattle Symphony’s counter of merchandise marked “Artist Will Sign at Intermission.” Generally there’s an assortment of CDs that a visiting artist has recorded, but yesterday there was also a book. I read it over and needed to get my hanky out of my pocket to dab my eyes. It's gorgeous!

The book could well make you teary, too, when you read it (in less than ten minutes, total). Two gifted people have created a retelling of Bell’s busking experiment in Washington D.C. and drawn a timeless message from it. The book is called “The Man with the Violin” by Kathy Stinson and illustrated by Dusan Petricic. Even if you have no children or grandchildren, the book merits attention for its strong, wonderful message and beautifully powerful illustrations. I’m not going to spoil it for you—check it out from your library or sneak a peek at your local bookseller.
at 4:38 PM

Labels: Joshua Bell, The Man with the Violin

What a great story and beautifully illustrated book! Thank you for sharing it with us.