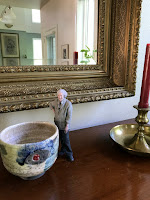 At the risk to tooting my own horn (what's new?), I'd like to announce that I am a model citizen! I have the passport to prove it.

When I was in New York a few weeks ago, I treated myself to a visit to the newly opened Gulliver's Gate Museum in the theater district. It was every bit as fun as I'd hoped, and I succumbed to the lure of ordering a souvenir of the visit--a model of me, based on a 360 degree photo and created by a 3-D printer! The result arrived yesterday, to my delight. I promptly placed the likeness of myself on the top of furniture and snapped photos to send to my granddaughters. Of course, the pictures received immediate reactions. No one else (they know, anyway) has a grandma who can daintily stand atop her own mantel. 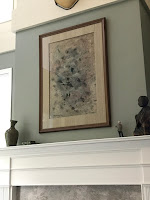 This little reminder of my trip to NYC wouldn't have come about if I hadn't told Rebecca, a neighbor friend, all about Gulliver's Gate, which I was hoping to visit on the last day of my visit. (It seemed like the perfect way to fill the two hours between checking out of the hotel and leaving for the airport.) As she heard me describe the museum, which I'd read about a few weeks earlier, Rebecca became even more enthusiastic than I about the prospect of seeing some of the world's greatest buildings and monuments miniaturized. When I explained how visitors could purchase a tiny-scale model of themselves to be placed in an exhibit and even bring home a model of themselves, she  shrieked. "You HAVE to do that, Sallie! It's a once-in-a-lifetime opportunity!" 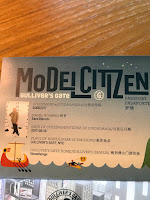 Later, as I thought about it, I had to agree. I might never be back to New York, and certainly there will never be a statue of me in a city park. However, I could be a six-or-seven-inch figurine on my own dresser top. By the time I was halfway through the museum, I'd decided to go for it. I chose where the tiny replica of me would be standing in the museum exhibits, as well. The 1:87 model of Sara Glerum will be found at Stonehenge.

Gulliver's Gate had been open for "preview" for several weeks prior to its official opening May 9. My visit there on May 10, was a highlight of my week in New York, and is memorialized in the passport I received along with my mini-me.

OMG Sallie, that is so perfectly cool!! Was it very expensive to have it made? No matter what cost well worth it I bet.
Lucy