Agog over the blog 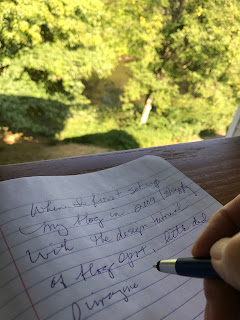 When I first set up my blog in 2009, struggling through the design tutorial of the hosting Web site, little did I imagine the pleasures I would derive from it. Not only has it given me a forum to express my opinions, it’s provided much fulfillment as I write about a meaningful moment or a happy encounter. Likewise, it helps reduce frustration to write about something annoying or disturbing.

Initially I thought it would be a great means of publishing the bevy of personal essays I’d written over several decades, and, yes, it’s been useful for that, too. These days, though, I’m more likely to muse spontaneously about whatever is currently happening in my life.

My blog cannot be considered a huge success by objective standards. In the eight-plus years I’ve been writing it, there have been only 100,332 views (as of today at 4:30 p.m.). On the 364 individual posts, a total of 288 comments have been received. It’s hardly one of those Web sites that goes viral. Many topics I’ve written have generated zero response. It was just one old woman rattling on--"let her rip." I hope my kids will read it, but sometimes it's too convoluted or time consuming, even for them. The outpouring of multiple loving and heartfelt comments when I wrote about Jay's death on the blog are still a treasure for me.

Once in a great while, Beats Talking To Myself provides a thrill for me. Not just a happy moment, but a feeling that transcends whatever rough spots or unpleasantness the week may have held. A feeling that makes my old woman's heart leap with joy. Today I’m going to recount the two most recent thrilling episodes springing from comments left by readers. These two most recent occurrences still make me so-o-o happy—just thinking about them—that I can barely contain myself in this narrative.

A little more than two months ago the director of the MacArthur Memorial in Virginia, James Zobel, left a comment on the June 29, 2013, post, “Along the Way—My Great-uncle’s Memoir." James already was aware of Col. William Neill Hughes, Jr.'s  relationship with Douglas MacArthur during WWI and became eager to obtain a copy of the memoir. His inquiry made through the blog resulted in two wonderful events: a copy of  Uncle Billy's memoir being made available for the MacArthur archives, and a closer connection between me and my second-cousin, Allene. She is Great-uncle Billy’s granddaughter and beneficiary of the original memoir. We have enjoyed a Christmas-card relationship for years, and regularly e-mail. Lately, because of the request for the memoir, we have had reason to chat on the phone. Both of us agree this re-connection through phone conversations has been a lovely gift. 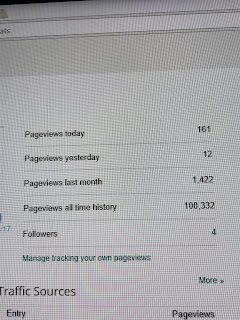 And then . . . last week I heard from the man who helped a group of curious (and somewhat apprehensive) readers tackle James Joyce’s Ulysses. That triumphant feat began in 1999 (just think, last century!) and the group, led by the recent college grad, Barry Devine, met every other week for almost nine months. Five years ago, on July 16, 2012, I wrote a piece about this man and my literary life-time achievement he had facilitated. By the time I wrote the blog post, it was more than a dozen years after the fact, and I had completely lost track of him. Barry somehow found the essay on Beats Talking To Myself and left a comment on it, identifying himself and promising follow-up offline, which proved easier said than done. He persevered and found a way to contact me—literally making my day this morning when I opened email. We have begun a detailed exchange of what’s occurred in the intervening years, and I'm not surprised to learn that he's become a James Joyce scholar with a PhD and university appointment to prove it.

It’s moments like this that make me determined to continue blogging. That word—blogging—(or "blog" in any verb form) may not yet be in the dictionary, but it has lots of meaning for me.