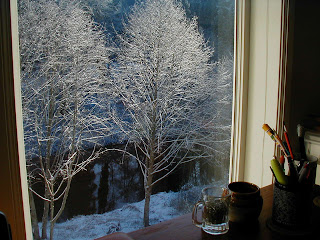 This is the morning’s view from my office. Given the stimulation of this beautiful vista with its ice-covered branches and silky river reflecting the terrain, why am I not embarking on an the great American novel or writing an inspired poem? Instead, I lounge here by the window, still in my jammies, happy to be staring out the window and watching icicles melt. Besides, the sunlight striking my computer screen has nearly obliterated it. Darn . . . guess I’ll have to continue gazing at this spectacular scene.

Aging with the music 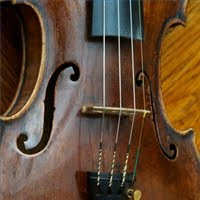 My friend Evelyn and I have been going to a chamber music series sponsored by the University of Washington for about fifteen years—maybe longer. I looked around the audience at the recent concert by the Philharmonia Quartet and realized the entire subscriber group (many of whom have sat in the same seats for all those years) has been aging together, traveling parallel down our various life roads. Most of us were old then, fifteen years ago, so we’re really old now.

A sudden mental image flashed into my head. What if all of us keeled over at the same time—say, in the slow movement of a late-period Beethoven quartet? Because this thought occurred to me in the middle of the slow movement of a late-period Beethoven, I had to quickly change the subject in my mind so as not to burst out with a very inappropriate giggle.

When I arrived at the hall beforehand, I handed my ticket to the young, fresh-faced usher at the door and smiled with sudden recollection. Fifty year ago, I, too was taking tickets at the door of a UW theatre as part of a very part-time box-office job. I remembered all the old people who come through the door back then, veritable textbooks of aging, just as most of the concert-goers last week were—limping, bent over, wrinkled, and blue haired—slow moving women and men who apparently savored an evening out. How could I possibly have known how the tables would be turned in 2011? Now I was one of those old people. In response to my smile at the usher, I received a patronizing grin and greeting: “Enjoy the concert, m’am.”

I’m betting the young usher was thinking exactly what I thought fifty years ago, which was something akin to, “I’m never going to get old,” or “If I do get that old, I’m not going to let my feet hurt.” I only hope that, sometime in her seventies, she’ll attend a concert and enjoy the same delicious irony.
at 5:00 PM 1 comment: 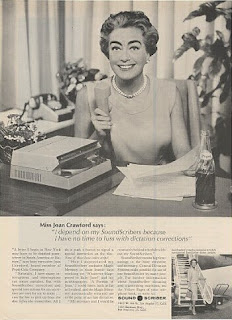 For the time being, I’m skipping the transcription of my dad’s business-travel letters of 1961 and 1962, for the simple reason I have no way to “read them.” With a few exceptions, most of them were dictated into a SoundScriber portable dictation machine, which produced envelope-sized discs that could be mailed home for the price of an airmail stamp. The SoundScriber unit my dad hauled through the dozens of countries visited in 1961 and 1962 weighed 2.2 kilos (without batteries), and ran on multiple (six, I think) C-cells.

Although the primary purpose for his carrying the SoundScriber was facilitation of reports back to his business, Dad’s family enjoyed the benefits of his machine, as well. After he finished reports for work (to be transcribed by his secretary in Seattle on her SoundScriber), he’d dictate a letter home. He could write longer letters with the SoundScriber because the tongue can wag faster than the hand can push a pen. We would receive the green 4” discs in an airmail envelope posted from his current hotel and play them on our Capehart stereo at 33 rpm. When the Capehart’s stylus couldn’t travel any closer to the center of the disc, the letter would cut off—but we imagined that we missed only a sentence or two and his routine closing, “Lots of love, Ron & Dad.”

Until I find a way to listen to them (Hubby and I don’t own a turntable any longer), the little green discs will stay wrapped in their single sheets of airmail stationery. Eventually, I will figure out some way to unlock their contents, which--if I am not mistaken--contain his observations and opinions about what was happening in Vietnam, Laos, and Cambodia before the U.S. was ostensibly involved with managing the outcome of Southeastern Asia's political unrest.

I am, instead, transcribing the letters from 1963, written—as were the 1959 letters—in fountain-pen ink. In an early letter of ’63, he writes about making his own ink by dissolving capsules of dried ink in tap water, and then refilling his pen. How astonished Dad would be today if he could see business travelers today writing their reports on airplanes, using laptops or other featherweight electronic devices.
at 2:06 PM 2 comments: 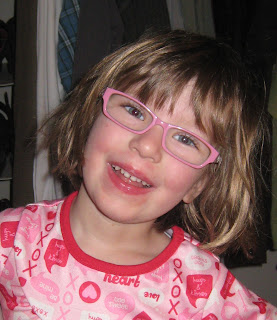 Last week, sitting in the backseat of the car with Mae, age four-and-a-half, while her dad chauffeured us home after pre-school, I noticed she was getting a bit squirmy. “Mae,” I said. “I think I have something in my purse that you’ll find interesting.” I drew out a pack of watermelon-flavored gum from the depths of my oversized handbag and offered her a stick. I was right in my supposition. She contentedly chewed the gum until we were back on home turf a few minutes later.

The following day, we were again in the car, returning from Mae’s gymnastic lesson. She was understandably fatigued, and not particularly happy when Papa announced that we had a few errands to take care of before going home. As he pulled into the grocery store parking lot, Mae sat forward in her car seat. “Papa, I need you to buy me a watermelon. I’m hungry for a watermelon.”

“A watermelon?” Papa seemed more surprised than perturbed. “I don’t think I can buy one this time of year.” A frown crossed Mae’s brow and the corners of her mouth drooped.

I flashed her a knowing look. “Uh, Mae . . . do you think there’s something in my purse that would satisfy you?”

And there it was again, that lovely smile—radiating throughout the car. We both were laughing as I reached into my purse . . .
at 12:13 PM No comments: