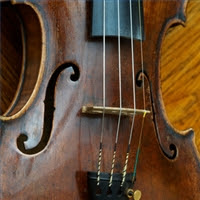 I want the violins to play . . . to accompany my whining. No new posts coming your way until I become the master of my universe again (or, at least the master of my new laptop computer that's replaced an outmoded tower). The acquaintance period is demanding more attention that it deserves, and my new keyboard is making me feel claustrophobic and crazy. Who could have imagined that such luxury could be such hell.
I am going to drown myself in a big glass of network TV tonight--a comfy fix after a frustration frenzy trying to figure out where things are on the new system. I hope I can find something trashy and fun to take my mind off how privileged I am.

Oh, for just one 24 hour period in which I could ask the questions as they pop into my head. How I would love to have a techie mentor sitting beside me right now. I used to think of myself as computer savvy, but with a new operating system (Windows 7) and new versions of old, beloved software, such as Word and Excel, I feel exceedingly stupid. Yes, I know I will be fine in a few days . . . or weeks . . . but until then, nothing will be happening on this blog. 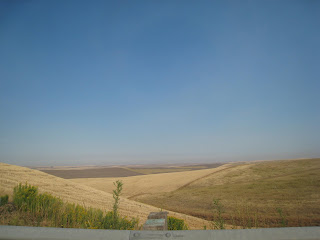 Let’s just say my traveling companion (the same one who’s been on the journey with me for nearly half-a-century) was skeptical when I proposed we take a short trip to Palouse Country in eastern .

“You’ve seen one wheat field, you’ve seen them all," he said.

But after we returned home from our three day drive around that region, he was a convert. And I was as enraptured as I thought I'd be. You see, after living in Washington for much of my life, I had never spent any adult time visiting that southeastern corner of the state. I'd heard about it from friends who've lived or attended college in the area. My friend and proud Washington State University alumna, Karen Gorini, shared her fond recollections of the region's haunting beauty in one of many phone conversations we had in the last year of her life. "The Palouse just gets under your skin," she said, "and wish I could see it one last time." I found myself thinking of Karen a lot during our trip, missing her even more than I usually do.

Yes, Palouse Country has a mystique that’s hard to pinpoint. Is it the light? the nuance of topography? the patterns that cultivation and harvests create? Or is the determination of farmers who have figured out how to make an arid land (annual rainfall 9”) so incredibly productive? Maybe it’s everything—the spirit of the land that infiltrates its beauty into the eye of the beholder like so much wheat dust.

The area is completely different from what people might think who've seen our state’s automobile license-plates with their slogan: The Evergreen State. If you don't know about The Palouse, take a few minutes to check out this photography site , one of many Web sites filled with photos of the region clothed in different crops and seasons.