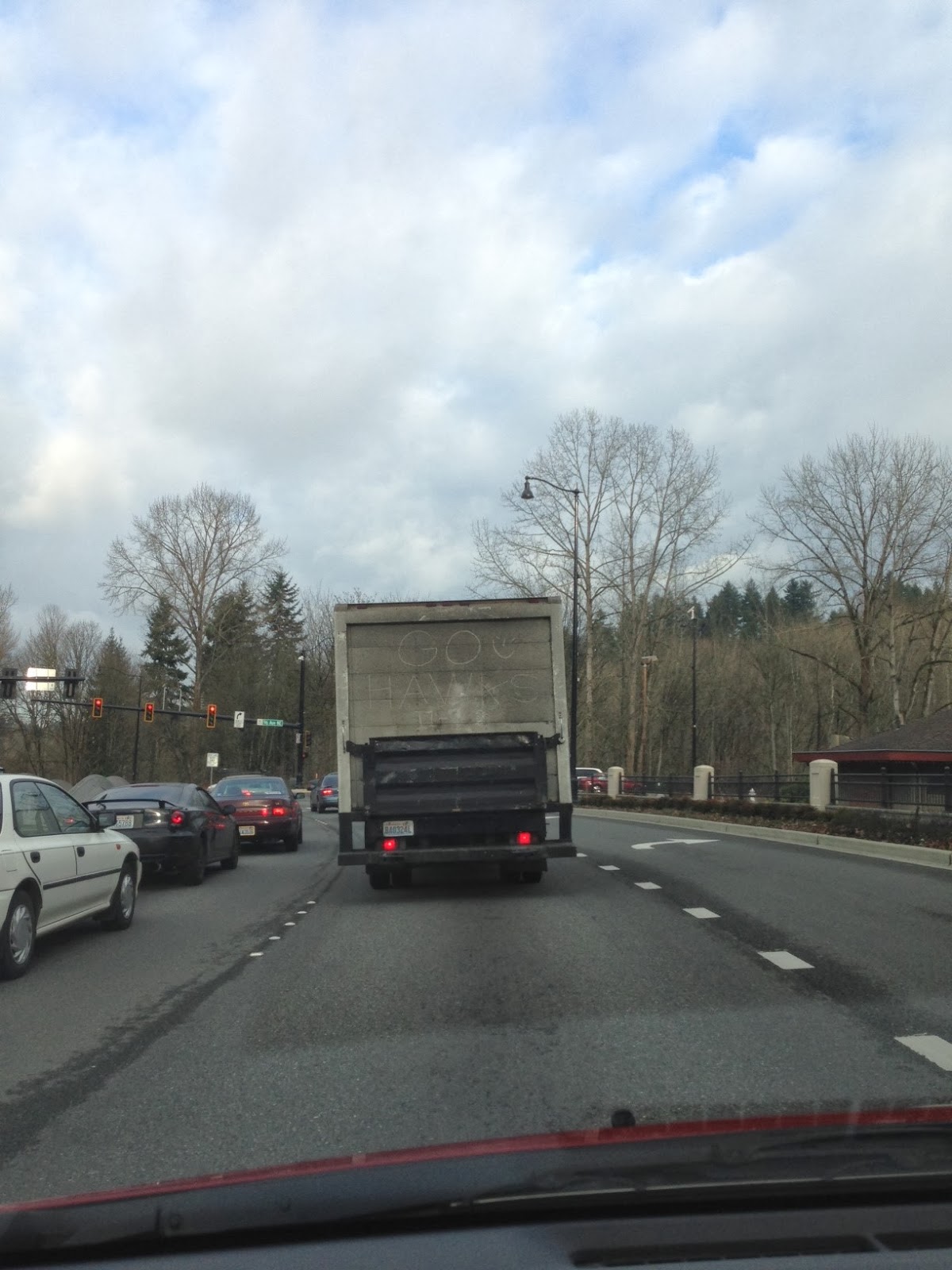 First, let's be clear: I am not a football fan. The game, especially as it is played by professionals, is far too violent for me--cowardly wuss that I am. I cringe seeing the routine bodily collisions that bring football die-hards to their feet in roaring approval. All I can think of when I see those collisions is how the teammates' mothers must feel as they watch their precious "little boys" subject themselves to such intentional harm.

But--and this is an embarrassment to admit--when the hometown team is "The Champion" and Seattlites everywhere are flying their "Twelfth Man" flags--and retailers are putting up huge displays of wares in Seahawk colors-- and total strangers on the trail near my house yell "Go Hawks", it's contagious. Yes, I have caught a mild case of the fever. Hopefully, I will be cured forever after February 2. 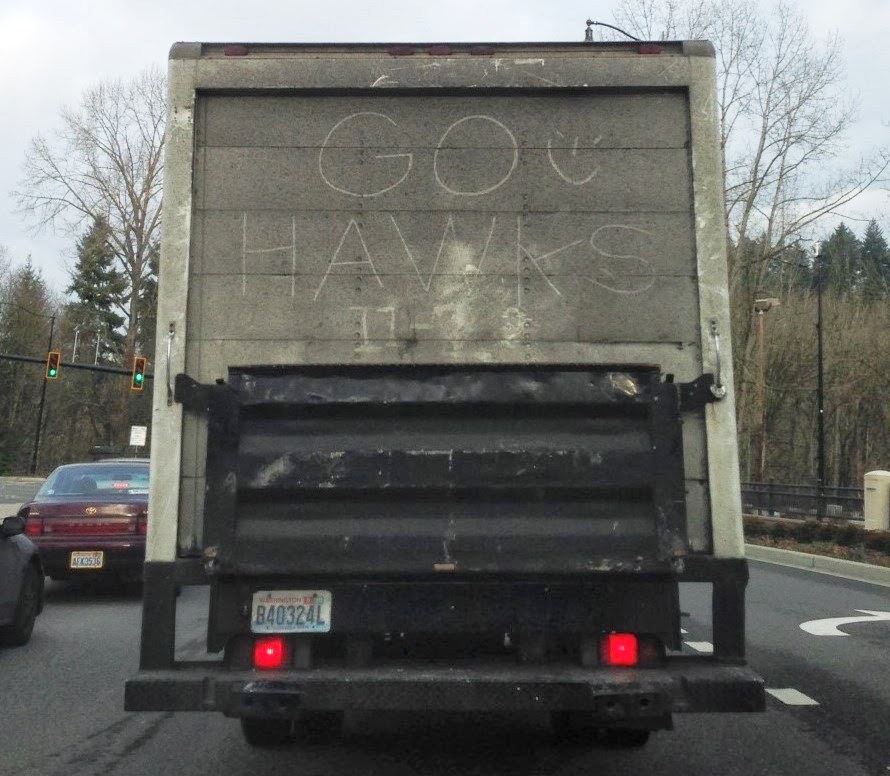 Tonight as I drove home from a haircut, I stopped at a traffic light behind a truck. Then I saw what you see here. . . such neat, tidy lettering proclaiming what has become Seattle's slogan. I snapped the picture just as the light turned green.
at 8:53 PM