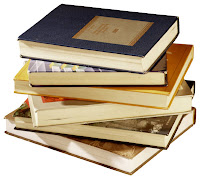 As I was driving the other day, I turned on NPR just as The Writer’s Almanac was finishing up—you know, that ten-minute program Garrison Keillor puts on in the afternoons, the one where he reads a poem and shares tidbits about several writers, particularly those whose birthday it is.

I was only half-listening because there was heavy traffic, but this is what I thought I heard at the end of the program.

“The Writer’s Almanac is brought to you, in part, by the NRA.”

What? I thought. The National Rifle Association? How GREAT! Maybe I need to rethink my opinion of the NRA. There have to be good guys within the organization if it sponsors this radio program!

My mind leapt to imagery of orange-vested, gun-toting tough guys hunkered down, waiting for a stag to meander by, and babbling verse to each other. “Hey, did you hear the one by ee cummings?” Maybe blank verse would even inspire them to load their rifles with blanks. I imagined a couple of guys in army-green raingear calling in turkeys up in Vermont while rhythmically moving to the cadence of Robert Frost.

Just then I realized my mistake. The announcer had said “NEA” not “NRA.” I had to laugh at my naïve assumption. But my fantasy continued. Why am I stereotyping gun owners to think they don’t enjoy poetry, or knowing which literary giant’s birthday it is? What if the National Riffle Association really did sponsor The Writer’s Almanac instead of, or along with, the National Endowment for the Arts? Doing such a thing would help to break down stereotypes, something we all could use—especially me, apparently.

Love your imagery, Sallie. But I've still gotta say that gun-toters getting into the spirit of Walt Whitman is a biiiig stretch. Great "shot," though, and I vote Yes on your letter to the NRA. Let's get those folks calmed down with some poetry...

Hey what about those cowboy poets? There's one on NPR, I can't remember his name, but he's probably a rifle toter. So maybe there is hope. But you should still write the letter.

Could there be a pen along with the rifle in that cold dead hand?

Read what you might have missed in the traffic: newsletter@americanpublicmedia.org