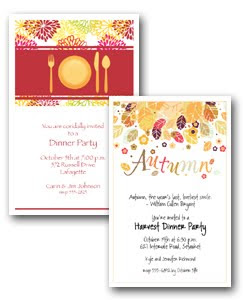 The invitation for the afternoon party suggested "smart casual" clothing. I had to research what that term meant. Back in the ‘50s, only evening-party invitations were cause for dress code prompting, and then only if they included one of the following admonitions: black tie, white tie, semi-formal. Otherwise, the decision was all ours. Sometimes I’d call my friends to confer after getting an invitation, but garb usually boiled down to the basics: flouncy dress, high-heeled shoes (or, at least, dressy flat shoes—“flats,” we called them), and nylon stockings. Guys probably had a tougher time deciding because of their reluctance to get advice, or maybe it was easier, too. One thing was for sure. Unlike today’s world, no one made snooty distinctions (woven vs. knitted) between shirt fabrics.

In those days, however, knowledge of certain unbendable rules was a prerequisite for enjoying oneself at, say, a wedding. A huge prohibition about color assured that nobody but the bride wore white, and no guest at any wedding would think of wearing black, because of its subtle allusion to death and mourning. We didn’t want to jinx the marriage, did we? Even the groom wasn’t supposed to wear a black tuxedo unless the wedding was five o’clock or later. Recently I received an invitation to a wedding instructing the guests to wear black and white. We’ve come a long way on the wedding front, but ironically, the fine distinctions for less-formal gatherings seem to be increasing.

Today, invitations for parties—even meeting announcements—frequently command us to appear in business casual, stylish casual, contemporary business casual (instead of what, medieval business casual?), sporty casual, rugged casual, or my favorite—a true oxymoron—dressy casual. Each term is defined differently but frequently boils down to (depending on whose definition you use) women wearing separates with a “put together look” and men wearing shirts that could accommodate a necktie (i.e. shirts with collars) if they were going to wear a necktie, which they aren’t supposed to. It seems like a series of double negatives needing to be sorted out—just to be sure.

And the opposite of smart casual is what, stupid casual? I’m determined not to let the younger generation ruin a good party for me, so I will make certain I’m wearing exactly the right thing for my latest summons. But instead of grabbing my frayed copy of Emily Post’s Etiquette book, I will roam the Internet and become lost in space —metaphorically, anyway—while I search “ASK-type” Web sites. Those nylons and flouncy dresses seemed so easy, in hindsight. Of course, nowadays I’d be wearing that dress with laced-up oxfords, which could detract from the cuteness factor.

Maybe I’ll make my own definition of smart casual: An elegant outfit worn with comfortable shoes. I hope it won’t make the hostess cringe, but I like this concept. I’ll call it sensible casual and possibly start a whole new fad.

Your piece reminded me of the actress who wore orange tennis shoes to the Academy Awards. Comfort first.

One of the joys of getting older--we can wear sensible!