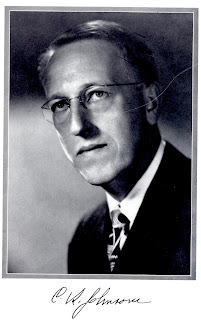 A couple of themes emerged as I listened to Dad’s recorded letters again after fifty years: age—how it’s relative; the world—how it’s shrunk; travel—how it’s changed.
When he was alive, my dad seemed infinitely wiser than I. Now I’ve caught up, surpassing him in years and probably wisdom. In one of his letters, Dad refers to a new acquaintance as a “charming elderly man, probably about  seventy-one or -two.”  Little did he think, as he wrote those words, that years later his daughter would be a charming (we hope), elderly woman as she listened again to the letter !
In his circle my father was regarded as a learned, educated, worldly man. By today’s standards, he would seem naïve. Prior to his international business travel that began in 1959, he had not traveled outside U.S. territories. He prepared for his travel mostly by reading, and talking to people who had traveled to faraway destinations. He had no personal computers, Internet, DVDs, online universities, or TV educational channels to expose him to the world. Nothing he read, however, prepared him for some of his encounters, such as attitudes toward servitude, or the two-class system based on gender he observed in many countries.
With each trip, he came home increasingly informed and enthused, never ceasing his passionate curiosity about the cultures he’d encountered. His leisure became absorbed by the study of Japanese language and oriental art, reading and writing haiku and prose, as well as maintaining personal relationships with many of his newly made acquaintances. As a college student, I was introduced to dozens of travelers  “passing through” Seattle, whom my father had met in Taiwan, South Korea, Japan, and India. And there were dozens more I didn’t meet, but who were entertained by my father and mother in their home.
We were all naïve by today’s standards. In one of the recorded letters from New Delhi, Dad plays popular music blaring from a ‘new fangled’ transistor radio he bought in Tokyo for the first five minutes of the recording.  It was his first trip to India (also his last, although he had no way of knowing that), and he wanted his family to vicariously share his experience. We had never heard anything like the sitar or the half-tone tremolos of the vocalists!
Stay tuned for more observations.
at 12:51 PM