The essay below was published in Northwest Prime Time in 2008. 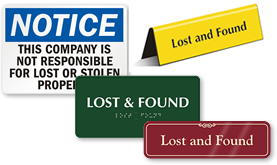 
When I was working, variations on the phrase ‘I’ve lost it’ often could be heard over the cubicle walls. The expression was a shortcut method of notifying colleagues you were in a bad mood, couldn’t tolerate any more work shenanigans, or were simple fed up with all the frustrations of the day. Now that I’m retired and mostly at home, the term ‘I’ve lost it’ means something entirely different—I’m an old ding-a-ling who forgets where she puts things.


Take the orthotic—the insert for my right shoe—that I haven’t seen since a week ago Tuesday. When I finished my yard work that day, I carefully removed both orthotics from my gardening shoes. I set them on the counter by the kitchen telephone, the usual rest stop for stuff on its way to the back of the house. The next time I saw them, ‘they’ (plural) had become ‘it’ (singular). Only one orthotic ended up in the bureau drawer where it belonged. The location of the other? Who knows. After a week-long search in which my husband and I upended the trash can, poked through garbage in rubber gloves, and peered inside every shoe worn by either of us in the past month, we’re blaming a poltergeist. Apparently the right orthotic took a walk.


Then there’s the ace bandage—the one my husband set carefully on the table where he assembles items essential for his business travel. When it came time for him to pack, the bandage had disappeared. Only after he give up the search and packed a substitute did it reappear inside the cupboard where we store paper and printer-ink toner. A bandage? In that cupboard?


I am wondering if I could offer something to appease the gods of forgetfulness. For many years my bureau’s top drawer has been the designated holdover for separated items: lone earrings, unidentified buttons, unpaired socks. It’s like a personal lost and found, a singles bar where individuals hopefully wait. Although the items usually find no relief to their yearning, occasionally there’s a joyful reunion. Perhaps if I took the most precious item from the drawer—that single ivory clip-on earring from high school days—and tossed it into the woods behind the house . . .. But I’m convinced that as soon as I did, the other would turn up—even though the earring was widowed in 1970.


Over the years I have experienced some significant disappearances—usually explainable by careless behavior. Take, for instance, the family album with three years of photos that went missing in 1979. Eventually I realized it must have been buried in the stack of old newspapers swept up in a generous impulse when the Boy Scouts came begging at the door for their paper drive. And those favorite, most-expensive-ever sunglasses stayed behind at the beach like naughty children, hidden among the long shadows of the summer evening. A new pair of leather gloves apparently made tracks when I stepped out of the car without looking down (at least they departed together), and my driver’s license slipped behind the toilet in a restroom at SeaTac when I failed to replace it in my wallet after flashing it at the TSA maitre-d. (That day I coupled my “I’m losing it” rant with another about skimpy pockets in women’s clothing.) Thanks to a very nice person who left a message on my home phone, my license returned to the fold (pun intended).


The recent episodes of the orthotic and the ace bandage feel mindless, the misplacements inexplicable. Are occasional memory lapses are part of the aging plan? Perhaps it’s good to lose something insignificant once in a while. Maybe peppering our ordinary days with small losses helps prepare us for the big ones, the heartbreakers. Maybe adapting to loss is designed to keep us emotionally toned. I’ll try to remember that as I hobble around on one shoe insert—still hoping to find its mate. At least I know what’s missing, so I haven’t totally ‘lost it.’

Love this story, Sallie. We all have missing pairs hiding forever to be reunited with its other half.

Hestitate to say it but perhaps you have a very active pack rat with a nest full of misplaced items.