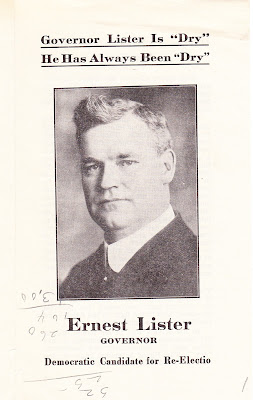 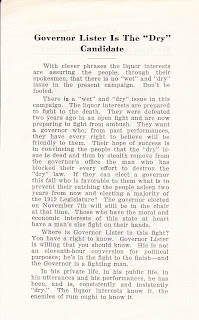 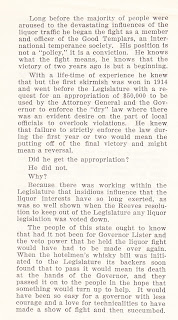 This brochure tumbled out of  a book belonging to my paternal grandfather. He was an avid history reader, and the book into which the brochure was tucked was a biography of his own 'shirt-tail' ancestor and only president to be removed from office after impeachment, Andrew Johnson. 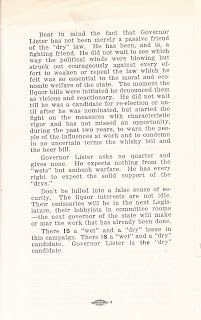 I've never even thought about past governors of the state of Washington, but found this little campaign piece fascinating. Clearly,  there was a lot of strong feeling leading up to Prohibition. I have no idea where my grandfather stood on the issue, but the brochure was, at the very least, handy as a bookmark. Lister was the eighth governor of our state, elected in 1913, and served until he died in office in 1919--so he didn't live to govern through Prohibition. Lister's short biography online makes sound like an interesting man, one who defended rights and apparently was responsible for introducing the eight-hour-workday in Washington state. I'm sorry my scan of the brochure is so blurry--don't know the remedy for making a better image.