Singing the praises of scissors 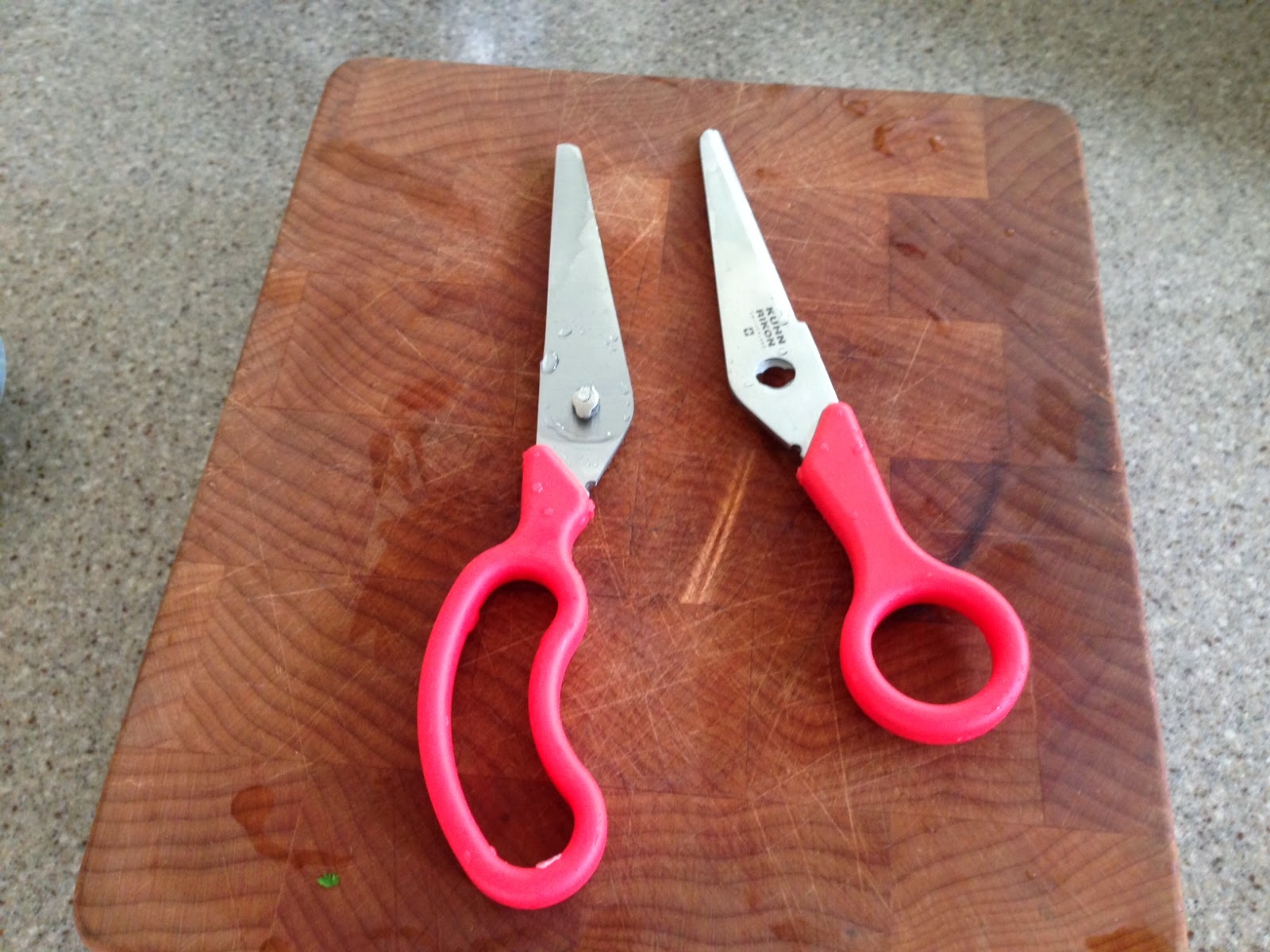 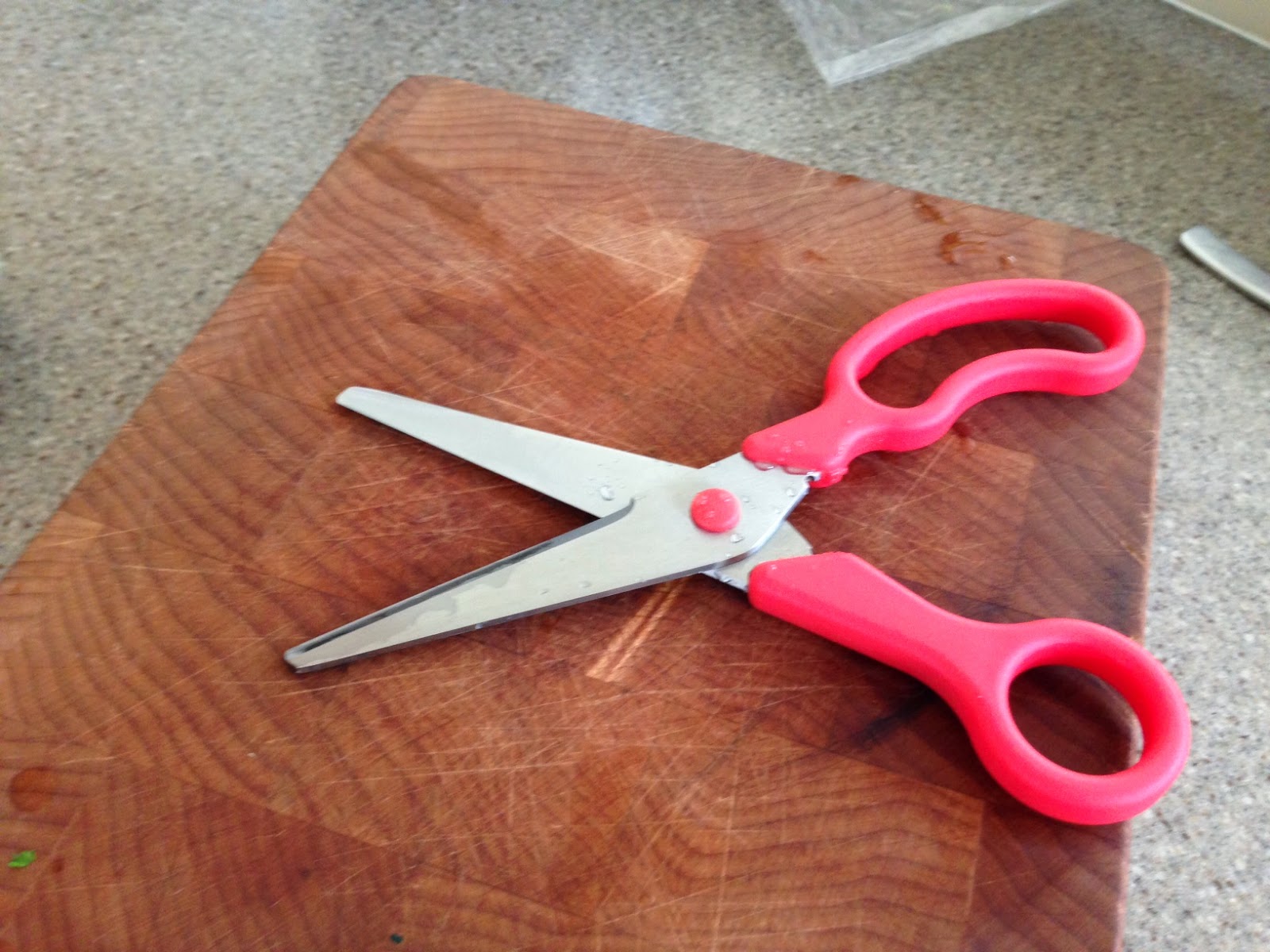 At the risk of sounding foolish, I want to gloat over my newest time saving kitchen device—a pair of scissors that lifts apart for easy, thorough cleaning. I’ve wished for scissors like this all my cooking-life, but had no idea they could be purchased for about twelve dollars at a local kitchen store! I’ve always resisted using regular scissors for preparing food that isn’t going to be cooked, worrying that the scissors might have residual germs caught between the pivot point. No such concern with these! 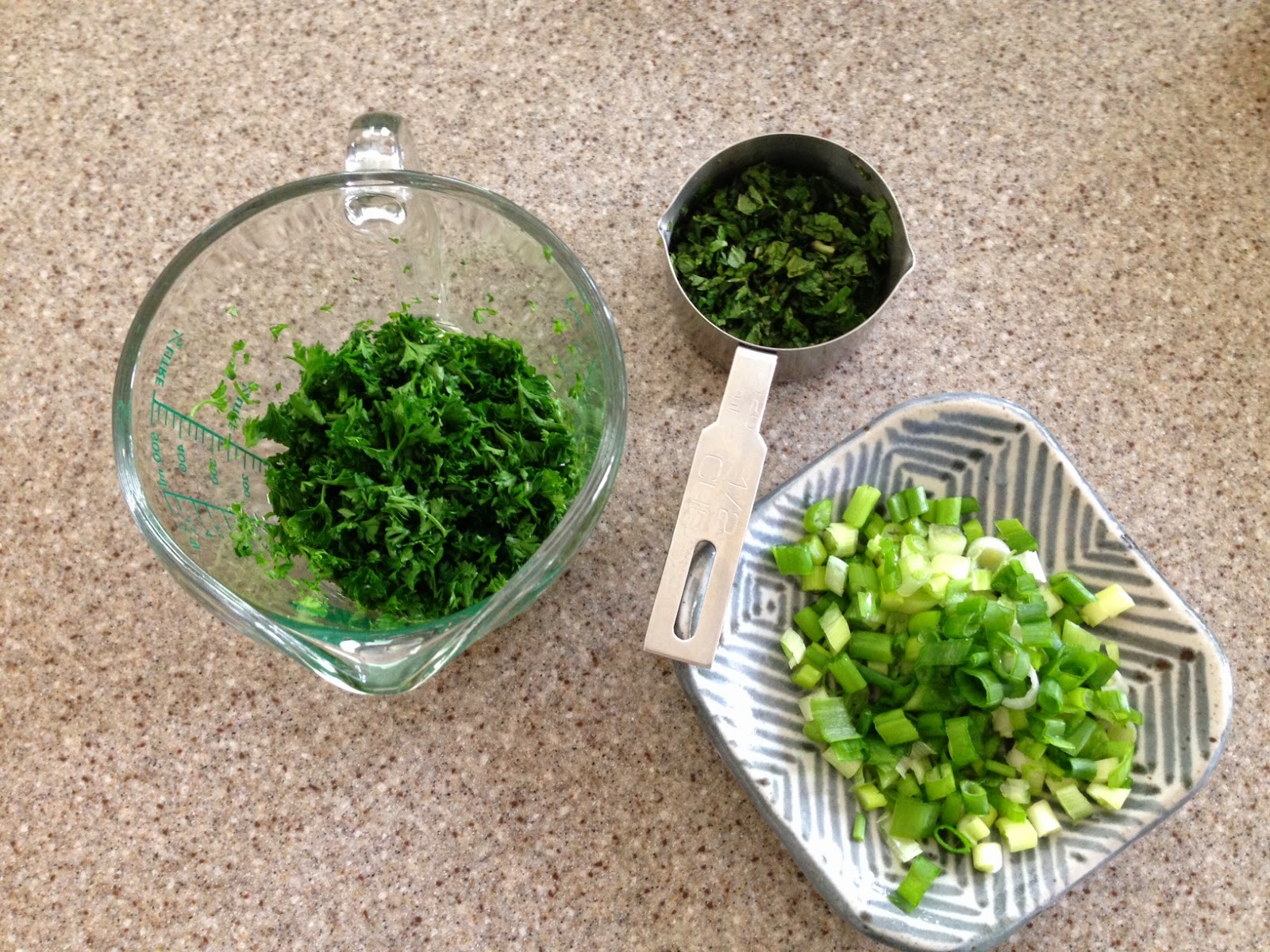 I’ve just finished making Tabbouli (and now I will boast about this best-ever-tasting version of it)—the easiest preparation in memory and all because of the scissors in place of a knife. Before these dandy new scissors, I’d always chopped the fresh parsley, the fresh mint, the green onions. Today I snipped.

Here’s my recipe—it beats just about any Tabbouli available at the deli.

Pour over the bulgur wheat whatever amount of boiling water suggested on the brand you buy. (One kind I’ve used calls for 2 cups water per 2 cups wheat; another says twice that amount of water.) Drain after 1 hour, if necessary. Add remaining ingredients and blend well. Chill at least 2 hours.
at 1:09 PM

I just made a batch of Tabbouli from fresh mint, parsley and small Walla Walla sweet onion from the Ballard Farmers Market and you are right it is the best recipe EVER!! Much better than a deli.